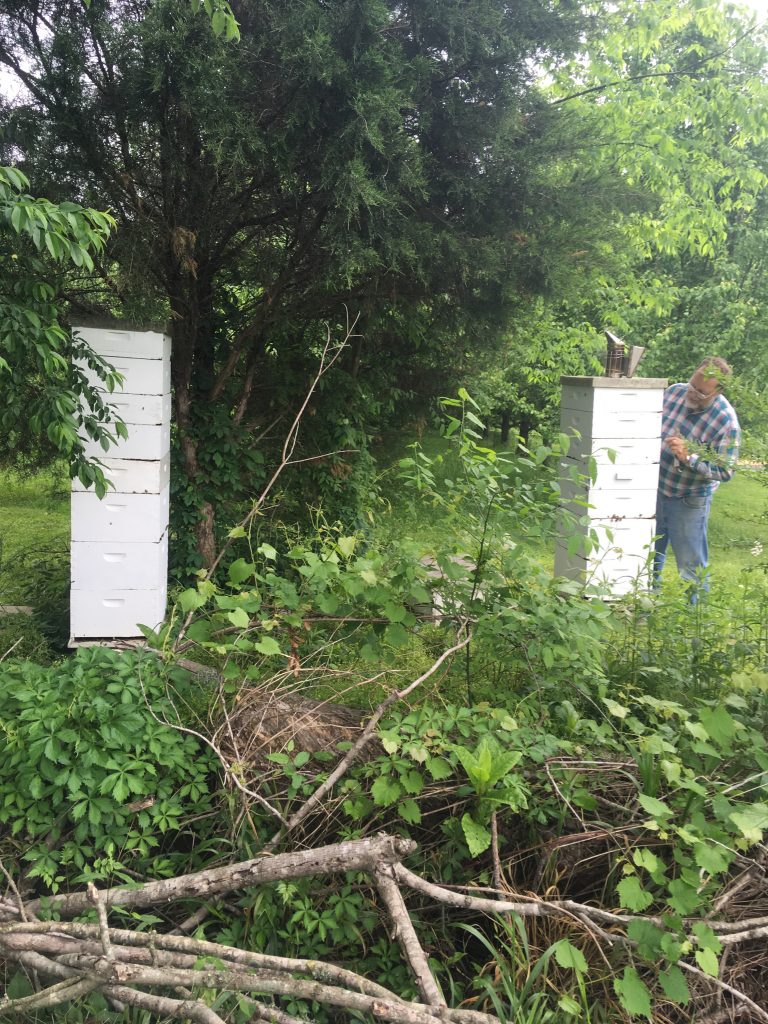 The super hive mystery is one of the great mysteries of beekeeping. Every so often a beekeeper will have a hive that puts on more honey than all the others in the apiary. What causes a hive to amaze the beekeeper by filling super after super through a spring and summer? The mystery though is why do most of these hives fail before fall?

This spring, we have two hives here that are in overdrive. The flow is just underway and each hive has already filled two or three supers with honey. No sign of swarming. Two deep boxes full to bursting with brood on each hive. Bees boiling out every day bringing in nectar and pollen.

Each hive has a one year old queen and the bees obviously wintered well. We are having a mild spring with plenty of rain. It is the first of May.

These hives belong to Harris an experienced beekeeper. During his inspection this week, we talked about these impressive hives and he said “Its a shame they will probably be dead by fall” I was surprised by his casual assumption that such vigourous bees wouldn’t thrive. He said “I’ve seen this before and they will probably fail by August” He said “Over achievers don’t usually make it, I don’t know why. Ordinary hives do much better in the long run”.

I have thought about this and failure could have many causes but, queen exhaustion is most likley the cause. A queen can only lay so many eggs in her life and if she gets in overdrive, perhaps she runs out sooner than an ordinary queen.

We will watch these hives closely as summer progresses and if we begin to see queen failure, maybe we can catch it in time to requeen before winter catches us.

I am curious about others experience with this super hive mystery. Do any survive? Do any continue to be super productive year after year?

What is a Tree Without Roots

The Honeybee and the Maple Tree