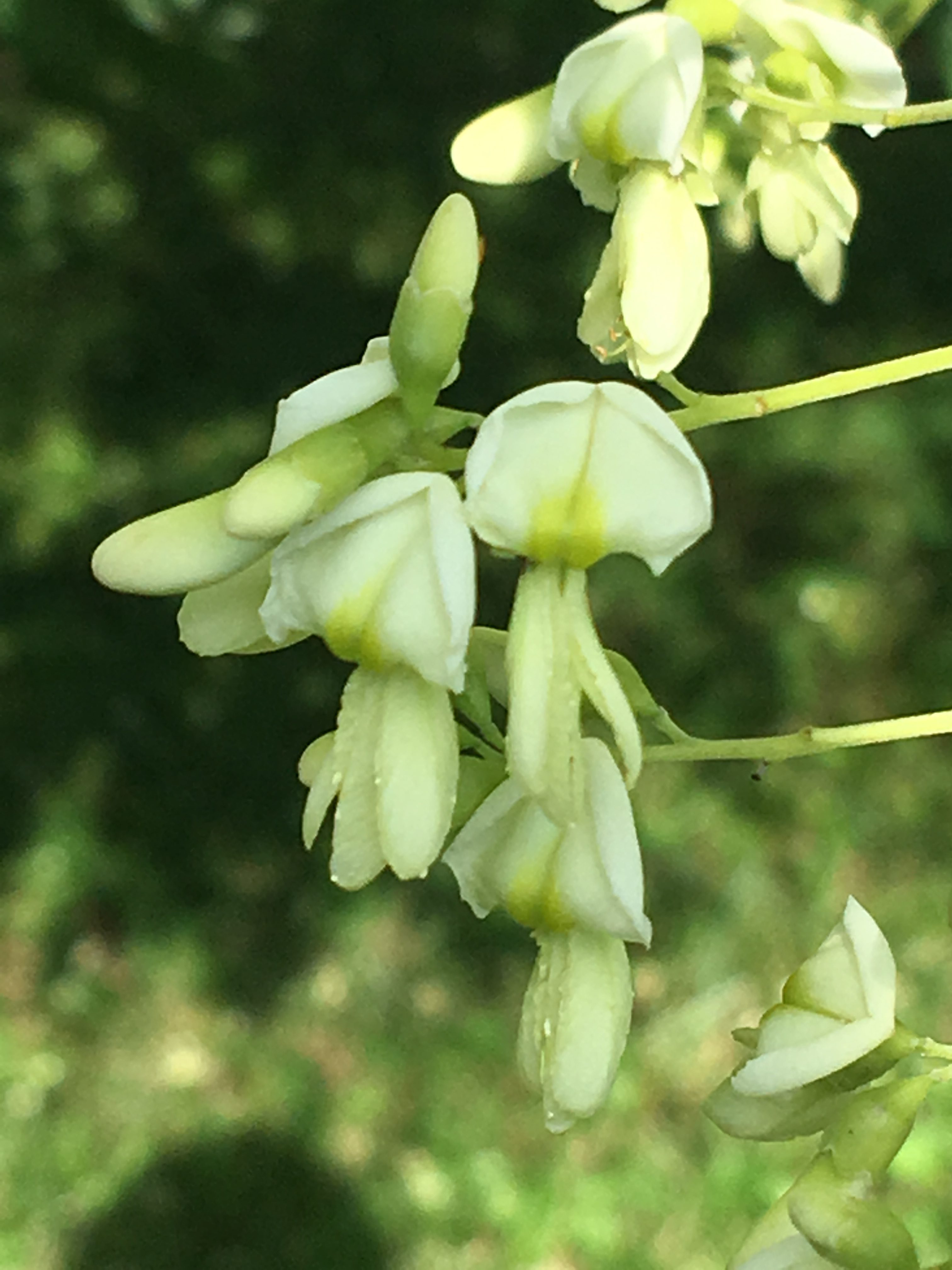 As a beekeeper, imagine if you will, a Black Locust Tree that blooms from June to August and has no thorns, That should be reason enough to try a Japanese Pagoda Tree.

The Japanese Pagoda Tree, Sophora japonica, now known as Styphnolobium japonicum has had a latin name change since it was found to not have the expected ability to fix nitrogen with a symbiotic bacteria.

It is a revered tree in the Far East. Known as the Scholar Tree, or  Chinese Scholar Tree, Pagoda Trees have been planted for their beautiful fragrant flowers and delicate shade in Chinese cities for 3000 years. They were first discovered by European botanists growing around Japanese temples where they had been planted for centuries. Thus the name Japanese Pagoda Tree. The trees were first planted in England in 1747 and from there have been planted across Europe and North America. They are originally native to the highlands of China and Korea.

Here in America, Pagoda Trees are trees planted as street and park trees occasionally but, most are on college campuses and in Arboretums. This is a shame since the Pagoda Tree is a tough and versatile tree. It is drought tolerant and can take urban air pollution very well. It is a large tree that grows to 60 ‘ or more. It’s hardiness in the northern part of its range seems to be site dependent. Some sources say zones 4 to 8 and others claim damage from cold in zone 5. In those northern areas, a protected urban site might help where even in zone 5 an exposed site might result in some occasional damage from severe winters.

The bloom time is the big deal for beekeepers. This is a large tree with lots of flowers. Japanese Pagoda Trees are in the Pea family like Black Locust and have similar flowers. The flowers hang in large groups and open over several weeks. They can bloom as early as late June down south and as late as August in the north. This is in the period of few flowers in many areas. Busy bees are happy bees and these trees can help keep the bees busy through mid-summer. Beekeepers have been known to move their bees to large trees to gather the nectar in summer.

Pagoda trees have some medicinal qualities and have been used for centuries in traditional Chinese medicine. The wood is tough and springy and is used in Japan for ax and adze handles. A dye can be made from the spent flowers.

The tree has few negatives. The flowers fall in sufficient numbers to be considered messy and the seed pods drop over a long period during winter. The tree does tend to shed small twigs but not more than any other tree. The leaves are small and can be mown instead of raked. Young trees are very sensitive to herbicides

The bark of the tree is moderately coarse adding winter interest. Tree form is variable from upright to spreading. There is a spectacular weeping form but sadly it does not bloom very much if at all. 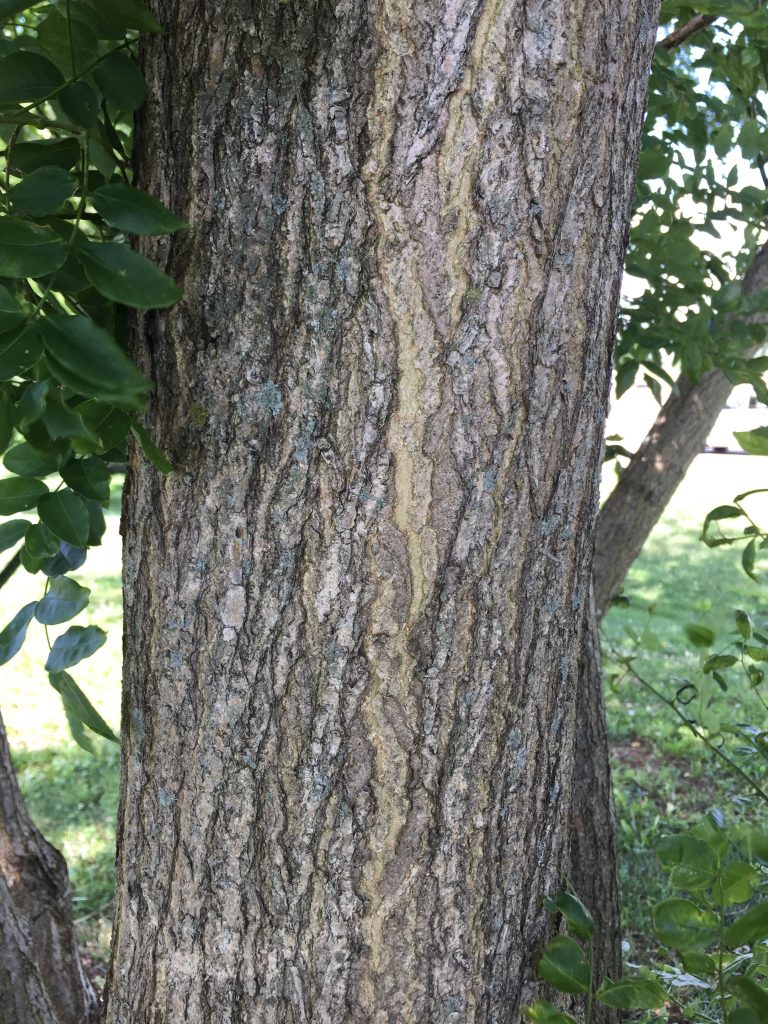 The Honeybee and the Maple Tree