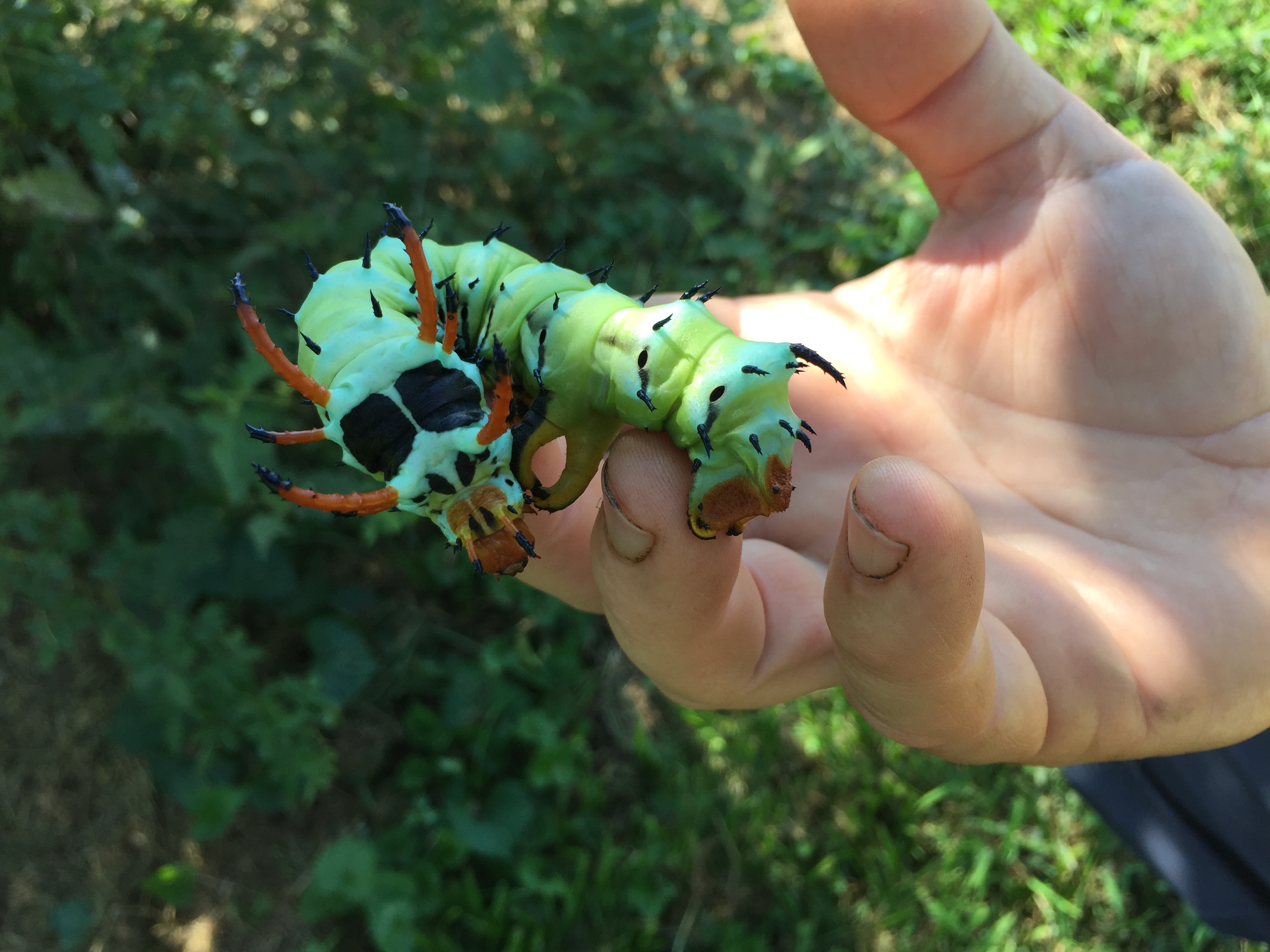 The Hickory Horned Devil is the story of the beast that becomes the beauty.

The Hickory Horned Devil is the larvae of the Regal Moth, Citheronia regalis sometimes called the Royal Walnut Moth. . This is one of the larger caterpillars in North America

The caterpillars are solitary, rarely found in groups of more than 4. They are found on Hickories, Walnuts, Persimmons, Sweet Gum and several other trees and  shrubs as well as cotton.

It is not considered a severe pest. Its solitary habit limits the damage it can cause. It feeds mostly at night to avoid predators. The large size, up to 6″ in length, means a large appetite so, a single caterpillar can consume a lot of leaves. Even so, it rarely is noticed in the canopy of the tree.

Despite their fearsome appearance, they are harmless. The horns and spikes are a ruse. This guy is all bluff and no action. This appearance is the last of 4 instars or stages of growth. The other stages are not so flashy. This stage is when the Hickory Horned Devil would make the biggest meal for caterpillar eating birds so, looking scary is about all a caterpillar can do.

A few weeks after assuming this terrifying form, the Hickory Horned Devil crawls down from the top of the tree it has been feeding on and burrows into the ground as deep as six inches where it pupates. It can stay buried as long as two years before emerging as an adult

Pecan Trees In Every Yard